Tax Changes and Business Jets: What You Need to Know 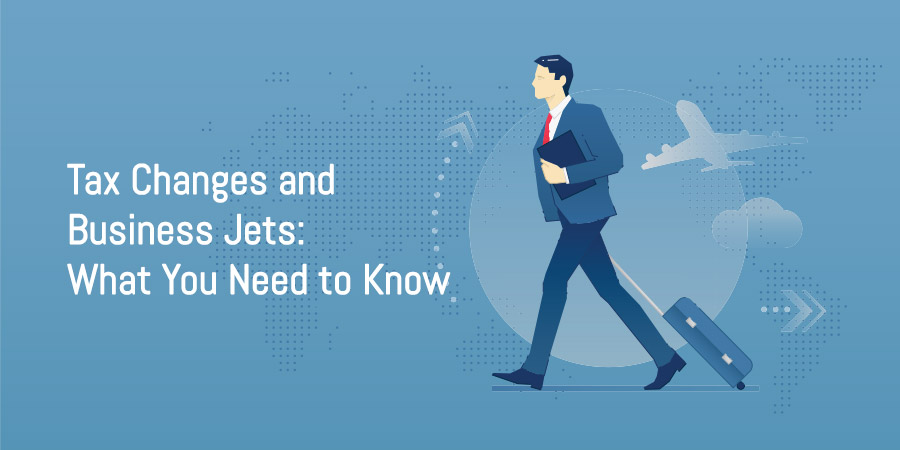 Owning business jets has long been a goal of company executives due to the prestige and convenience associated with private aircraft. Now, thanks to the 2017 Tax Cuts and Jobs Act (TCJA), jet ownership may become a reality for many more businesses.

The TCJA altered several existing tax laws, including many provisions regarding income tax deductions and depreciation. Previous tax law was somewhat favorable to buyers and owners of business jets. Owners attempting to sell and purchase a new model were given opportunities to avoid taxable gains. Additionally, purchasers of new aircraft were able to write off some of the aircraft expenses upfront.

The new laws may be both favorable and not to the business aviation industry. One of the major changes is allowing more businesses to take the leap into private jet ownership.

Under the old tax law, new aircraft were eligible for a bonus deduction of up to 50 percent in the year of acquisition, followed by five or seven years of depreciation on the asset. The old law also allowed depreciation on pre-owned aircraft but followed a slower schedule.

Under new law, buyers may have the ability to write off 100 percent of the cost of new or pre-owned aircraft in the first year of ownership. This law applies to aircraft purchased after September 27, 2017, through January 1, 2023.

This change is huge, largely because of the ability for buyers to purchase and write off a pre-owned aircraft — especially when it wouldn’t otherwise be economically feasible.

The second major change to the aircraft tax law is the elimination of “like-kind” exchanges when selling and purchasing an aircraft. Previously, owners were able to mitigate taxable gains from selling aircraft if they purchased similar aircraft afterwards.

The TCJA eliminates this like-kind exchange model. All gains from the sale of an aircraft must now be claimed and taxed as determined by the income tax bracket.

This change is drastic but offset by the 100 percent expensing on new and pre-owned aircraft.

What these changes mean for business aviation

These new law changes make business aviation slightly different for corporate executives who currently own or wish to own a private aircraft.

View 2000 Bombardier Global Express
Thanks to 100 percent expensing, executives are now able to purchase more expensive jets than they could before. Additionally, companies that didn’t have the option to purchase under the old tax law can now purchase either new or pre-owned jets with less difficulty.

Business jet owners must be wary, however, restrictions still exist on the new depreciation laws. The jets’ operating expenses must be reasonable for the company’s size, and aircraft must be for business use only. Entertainment expenses are disallowed, even if they are related to business activity.

Those interested in purchasing business jets under the tax law change should be cautious about whether specific aircraft will qualify for the exemption. Speak with a qualified broker to learn more about how tax law can impact your buying and selling decisions.