Say Hello to the Gulfstream G700: The Future of Long-Range Jets 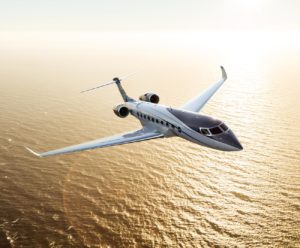 As it is every year, this year’s National Business Aviation Association’s (NBAA) annual corporate aircraft show in Las Vegas was full of exciting surprises. However, none could top the event’s first surprise: The unveiling of Gulfstream’s new G700 long-range jet. It’s set to be the biggest jet Gulfstream has ever developed, and it’s packed with features, technology, and luxury! And while we won’t see it until late 2021, the G700 is already taking the BizAv industry by storm.

The G700 is more than a step up from the much-loved G650 — it’s a direct competitor to the highly successful Global 7500 from Bombardier. The battle for long-range jet supremacy rages on, with Gulfstream setting the standard once again.

The Gulfstream G700 by the numbers

The cabin is roughly 10 feet longer than the G650, accommodating 19 comfortably. It measures in at an astounding 56’11” with an impressive cabin that’s 6’3” high and 8’2” wide. Despite its size, the G700 is all about power. The jet has a maximum high-speed cruise of Mach 0.925 and can cover a range of 7,500 nautical miles thanks to dual high-thrust Rolls-Royce Pearl engines. 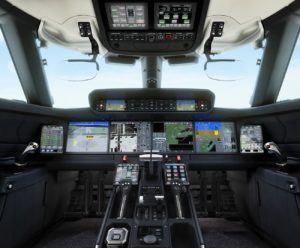 The true defining feature of the G700 is its data concentration network. Rather than single-wire networking of the plane’s systems, Gulfstream has taken an all-new network-based approach to system communication. The plane can now send and receive multiple signals through its wiring, allowing designers to reduce wire weight and improve communication and redundancy capabilities across the jet’s many vital systems.

In the cockpit, pilots will find Gulfstream’s active control system alive and well — now complemented by touch-screen systems and smart automations that make flying more intuitive. It benefits from a new predictive landing platform, giving pilots audiovisual cues on approach to simplify the landing process and conserve energy/fuel during takeoff and approach.

Ready to compete in the long-range market

View 1997 Bombardier Challenger 850SE
In many ways the G700 is its own design. However, there’s no doubt it’s meant to compete directly in the long-range jet market with the likes of Bombardier’s Global 7500. The jet’s specifications are nearly identical — the G700 has a slightly longer cabin and the Global 7500 has a negligibly longer range. This battle in the sky is the newest in a clash going back decades. The Global 7500 was a direct response to Gulfstream’s G650, so it’s no surprise the G700 takes aim at the industry’s current top dog.

More importantly, the G700 sets an indelible standard for what to expect as the market pushes for long-range jets. Its emphasis on speed and range, coupled with enhancements that make it whisper quiet and comfortable throughout, depict a future where transatlantic flights are the new standard. BizAv demands bigger, faster, smarter, and Gulfstream answers with the G700.