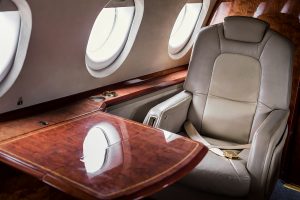 If you’re considering selling your aircraft and wondering which upgrades are worth investing in, it might be a good time to take a hard look at what makes certain upgrades good ideas and which upgrades make the most sense. The answer is not simple.

Unless you plan to own your aircraft for some time before selling, making significant upgrades doesn’t necessarily equal a return on your investment. What if you’re five to 10 years from selling? Upgrading might make more sense in that case, simply because you’ll have time to enjoy those upgrades. This time frame helps offset upgrade costs.

Keep in mind that — while it may be necessary to upgrade some things to help differentiate your aircraft from others on the market — in most cases, the upgrades won’t impact the sale price enough for you to recoup your investment. The following are some of the many upgrades you may consider.

Like homes, prepare jets before you sell. If you haven’t upgraded the interior in a while, it may be required to sell the aircraft. But some of the more expensive upgrades don’t make sense when preparing to sell a plane — unless you’re forward-thinking and don’t plan to sell until a few years in the future.

Contact the experts at L & L International if you need assistance in purchasing or selling a private jet.
You can reach our sales specialists today at sales@L-Lint.com, call us any time at +1 (305) 754-3313, or visit us online.