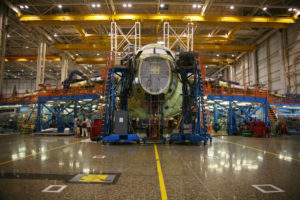 The General Aviation Manufacturers Association (GAMA) has released its end-of-year report on the state of aircraft shipments for 2018. And while a glance at the first quarter of last year might set the bar low for expectations, the remainder of the year and especially the fourth quarter yielded numbers that paint a healthy picture of private aviation headed into 2019.

Breaking down the GAMA report

While the GAMA report focuses exclusively on aircraft deliveries, there’s a tremendous amount of data to glean from the raw numbers. It’s also a great status indicator for the industry as a whole, since the report focuses on the point of delivery instead of the point of order.

For example, 703 new business jets were delivered to customers in 2018. More impressive was the growth over the year — only about 19% of deliveries took place in the first quarter, as opposed to nearly 37% in the fourth quarter. Total deliveries were also up about 3.8% in 2018 over 2017. The total value of the private aircraft market in 2018 was about $20.6 billion.

Most impressive in this report, however, is data showing a rise in private aviation across all categories: business jets, turboprops, pistons, and helicopters. It’s the first such instance of growth in five years and the strongest surge in deliveries in more than a decade!

Looking closer at the trends

Thanks to the individual categories broken out by the GAMA report, a few trends also make themselves evident:

There’s no doubt 2018 was a strong year for all sectors of the private aviation market. The only question now is, Will this momentum continue through 2019 or stall out?

Analysts have high hopes about private jet deliveries in 2019, expecting them to increase as much as 10%. But what will drive such a strong surge on the tail end of an already-great 2018?

Some believe it could be the growing accessibility of private charters and flight-sharing services.

Others predict a lag in the used jet market, which will push prospective buyers into the realm of new jets.

There’s also the newest wave of jets to consider, which includes the already best-selling Bombardier Global 7500 and the Cessna Citation Longitude. Each of these jets is the pinnacle of modern technology and appealing to owners who want the newest and best option.

The general consensus is that the private aviation market will continue to bolster itself in 2019. It could very well be a record-setting year, with so many favorable tailwinds blowing.