We’ve been hearing for years about VTOL (vertical take-off and landing) craft and the future of air taxis. Unfortunately, nothing has come to fruition, and the closest we’ve gotten is a few flashy presentations. Now, it seems Uber is calling it quits and exiting from the industry. One company’s early exit could be another company’s game-changing benefit, however.

The company purchasing Uber Elevate is Joby Aviation — a company that’s been in pursuit of VTOL operation for more than a decade. With a recent infusion of venture capital and the assets of Uber’s now unencumbered Elevate division, Joby Aviation may have exactly what it needs to take the final step forward into a future of VTOL travel.

Few companies made it through 2020 economically unscathed. Rideshare company Uber is no exception. CEO Dara Khosrowshahi responded to cash flow problems by attempting to unload unprofitable arms of the company. Uber Elevate represented one of the most glaring examples of unprofitability. Though ambitious, the division represented a long-term economic play — one that Uber simply couldn’t afford to maintain in the current economic climate.

As marketed in the original 2016 white paper, Uber Elevate would supplant traditional cab rides with an army of VTOLs that would take off and land at designated launch pads. In other words, before Uber saw a return, they would need to establish an expansive network of launchpads and finalize their aircraft: an electric vehicle still in the testing phases of development.

In short, for Uber to see positive results on their next earnings sheet, Uber Elevate would have to go. Of course, that worked perfectly for Northern California aviation firm, Joby Aviation.

If you’re unfamiliar with Joby Aviation, you’re not alone. Though in operation since 2009, the aircraft manufacturer preferred to steer clear of the limelight, keeping its experimental craft a secret. Although few people gained access to Joby’s designs, most seem delighted by the results.

In 2018, the company’s founder, inventor JoeBen Bivert, announced that it raised $100 million from big-name investors like Toyota and Intel. Then, in January 2020, Joby Aviation announced an additional $590 million in venture capital funding. The influx of cash and the announcement of a new electric-powered VTOL craft transformed Joby Aviation from a promising upstart into a power player overnight.

Uber also has invested $75 million in Joby as part of the acquisition deal. It’s a strong signal that, while divesting an unprofitable arm of the company, Uber still believes in its technology. 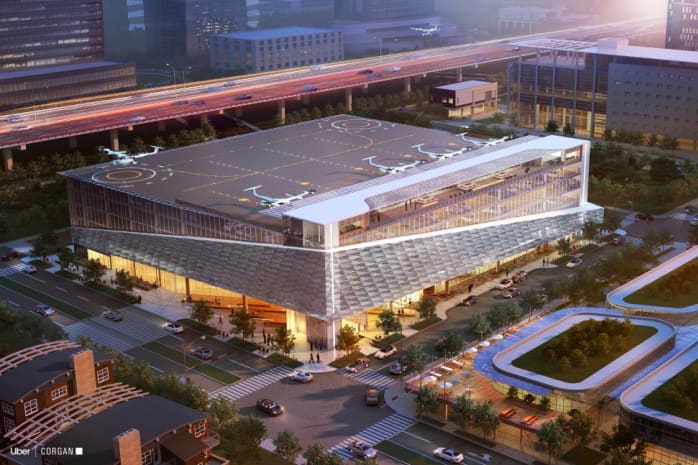 The team at Joby Aviation is optimistic about their acquisition. With Uber Elevate, Joby Aviation gains access to Uber’s unmatched communications technology. Paired with Joby Aviation’s impressive VTOLs and investment largess, that communication network could prove invaluable. As Bivert explained, “These tools and new team members will be invaluable to us as we accelerate our plans for commercial launch.”

There are still years of development ahead before passengers can book their own air taxi, but Uber Elevate’s transition to Joby Aviation brings that future one step closer. Uber’s technologies and Joby’s capital could prove the winning combination the VTOL industry needs to finally take flight.