There’s nothing quite like the thrill and luxury of flying the skies in a private jet. That feeling becomes even more pronounced when you’re seated comfortably in the cabin of a best-in-class luxury jet. If you’re seeking to experience this feeling, there’s no shortage of fantastic new private jets on the market this year. However, a few stand out from the rest.

1. The Embraer Phenom 300 is the world’s best-selling light jet. Its newest iteration is the recently refined and relaunched Embraer Phenom 300E. The new model of this massively popular jet features expanded cabin space, luxurious finishes, and an improved entertainment system. The 300E delivers the same exceptional performance as the 300 with a 521mph cruising speed and a range of 1,970 nautical miles, but with high-tech navigation updates that take the flying experience to the next level.

2. With a length of over 111 feet, the Bombardier Global 7000, the largest purpose-built jet on the market, gives passengers plenty of room to stretch out and get comfortable. This massive aircraft can comfortably accommodate 19 passengers with luxurious seating spaces and a master suite. It maintains Bombardier’s lauded luxury standards within the BizAv industry and takes them to new altitudes in this newest model.

3. The Cessna Citation Longitude delivers outstanding range, payload, and performance, along with incredible comfort. This mid-size jet has a four-passenger range of 3,500 nautical miles with a full 1,600-pound fuel payload. The Longitude also boasts the quietest cabin in its class and luxurious interior features to keep passengers as comfortable as possible. 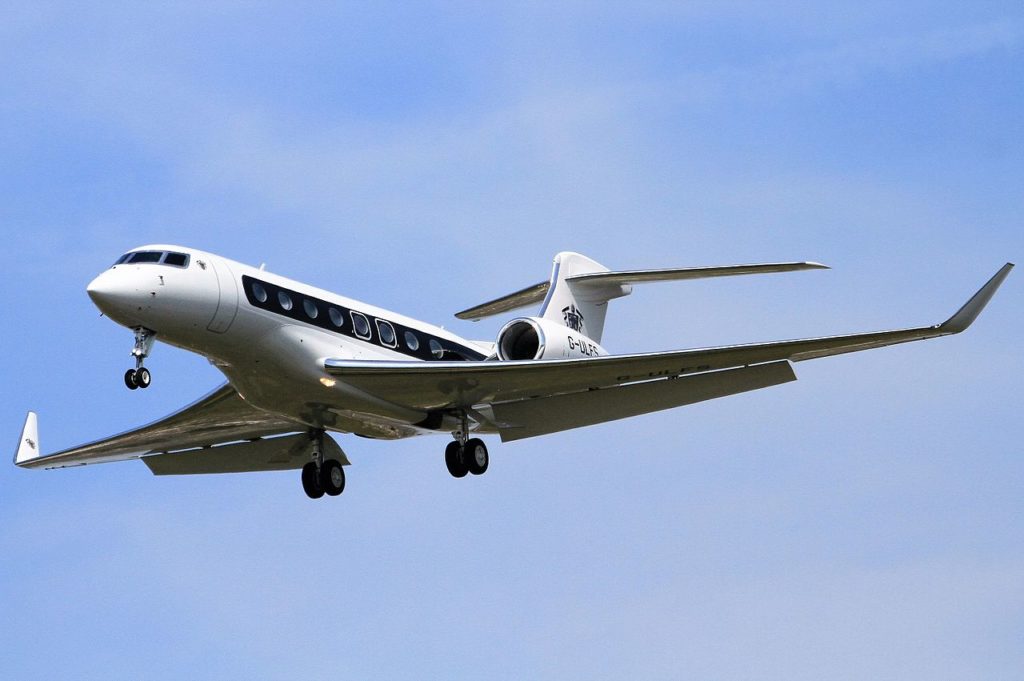 4. The Gulfstream G650 was released just a few years ago, but this large-cabin jet has already evolved through numerous iterations of the original aircraft design, including an extended-range variation. Even today, Gulfstream has a strong backlog of orders for its G650 jet. The 47-foot long cabin is roomy enough to seat 18 passengers and sleep up to 10. The G650 also stands out as the fastest non-supersonic, large-cabin aircraft to circumvent the globe, which it accomplished in just 41 hours and 7 minutes. With a range of 7,000 nautical miles, this jet can go just about anywhere in the world at speeds of up to 561mph.

5. After 79 years in the aircraft industry, Swiss manufacturer Pilatus has learned a thing or two about delivering high-performance aircraft. The Pilatus PC-24 is in a class of its own. Pilatus coined the term Super Versatile Jet (SVJ) to describe the category the PC-24 falls under. As an SVJ, the PC-24 has off-road capabilities that allow it to access paved and unpaved runways alike. This versatile, nimble jet seats up to 11 passengers with intuitive seats, which can be removed and reconfigured as needed for optimal comfort.

With so many exceptional options to choose from, now is a great time to invest in a new jet. Whether you’re travelling for business or pleasure, keep these private jets in mind the next time you’re in the market for an aircraft that delivers unparalleled luxury and performance.

The Gulfstream G650 entered the market five years ago, and today it remains at the high end of the business jet market. Why? There is plenty of competition and newer models. What makes the G650 so popular still?

September 2017 marked five years since the Gulfstream G650 earned its FAA type certification and, since then, more than 250 of the ultra-long-range, wide-cabin business aircraft have sold. In 2014, Gulfstream introduced the G650 Extended Range (ER), which extends its range an additional 500 nautical miles, “giving the G650ER the longest legs of any business jet,” according to Scott Neal, Gulfstream’s senior vice president of worldwide sales and marketing in the Flying article. The extended range capabilities are due to the increased capacity of the gas tanks with no structural modifications required, and the G650ER is also available as an after-market upgrade.

G650 designers focused on high performance in every aspect, and the end product delivers. Its unique wing design creates a high-efficiency airfoil that combines high speed with an extremely smooth ride. Other features and benefits include:

The Gulfstream G650 was introduced as top-of-the-line in speed, range, comfort, and safety. Today, it continues to sit atop the high-end business aircraft spectrum. What’s next for Gulfstream? The company has started test fights for its spaciously designed G600 model and hopes to begin deliveries in 2018.

For business travelers, time is money. The less time you spend traveling, the more time you have available to focus on business matters. For this reason, many company leaders and business executives turn to private jets both to travel fast and get away from the stress and hassles of commercial air travel.

Regardless of how you choose to travel, today’s jets are faster and more efficient than ever. The fastest private jet in the skies today, introduced in 2014, is the Cessna Citation X+. After losing its previous title of world’s fastest jet to the Gulfstream G650, which can hit Mach 0.925, Cessna introduced the X+ version of its Citation aircraft, which can hit Mach 0.935 when cruising — fast enough to travel from New York City to L.A. in under four hours.

Rounding out the list of fastest jets in the world is the fastest passenger jet: the Boeing 747. In fact, Boeing states the 747-8 has the ability to reach a maximum operating speed of Mach 0.90 and can “travel the length of three FIFA soccer fields in just one second.” Of course, nothing beats traveling in a private jet.

The good news is that the latest generation of business jets is fast. If speed is your goal when traveling for business, here are some of the fastest private jets available to you today.

The Hawker Beechcraft 800XP by Beechcraft — now a sister company of the Cessna Aircraft Company under Textron Aviation — may not be the fastest jet out there, but it still cruses at an impressive speed of Mach 0.81. This, added to its combination of class, comfort, speed, and cabin room is hard to match. The 800XP can comfortably fly 2,500 miles without any wind conditions on an average cruising speed of Mach 0.77 on longer missions and 0.78 on shorter ones, making it a perfect choice for real productivity while in the air.

Speed and grace are two words that best describe the Gulfstream G650. Its wing design, which redefines airflow over the craft, is the result of Gulfstream engineers pushing speed and performance in virtually every way possible.

The aircraft’s wings create an efficient airfoil, improving both speed and flying smoothness. This super-fast jet has a top speed 92% as fast as the speed of sound, a long-range cruise speed of Mach 0.85, and a range of 7,000 nautical miles nonstop when loaded with 8 passengers — about 40% of its total passenger capacity.

Although it was introduced more than 15 years ago and is a little older than its newer and flashier siblings, the Gulfstream G200 is no slouch when it comes to speed. The G200‘s twin Pratt & Whitney Canada PW 306A engines are fuel efficient and quiet even by today’s standards, and boast a typical cruise speed of Mach 0.82. When configured as a corporate shuttle, this mid-size intercontinental business jet can hold enough fuel to carry you and your fellow passengers for 2,710 nautical miles nonstop.

Speed and efficiency are two of the key drivers in business aviation. This list, while by no means conclusive, offers a glimpse on what today’s generation of private aircraft can deliver in terms of swiftness and convenience. 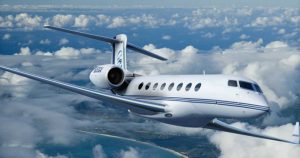 With the waiting list for new Gulfstream G650s nearly three years long, investing in a preowned G650 is definitely the way to go. Named one of the best private planes you can buy, the Gulfstream G650 is one of the biggest, fastest, and farthest-flying business jets available — with a range of 7,000 nautical miles.

When Gulfstream executives began talking about this new jet that had been in development for a number of years, they asked what exactly customers wanted. It was a bold move — and it paid off. Gulfstream’s advisory team held nothing back. They asked for an airplane that was bigger than the already successful G550. They wanted a plane with longer range, and they wanted it to be fast and light so it could land in important business aviation airports like Teterboro.

Demonstrating their commitment to a new manufacturing philosophy, Gulfstream decision-makers listened carefully and then delivered. According to Corporate Jet Investor, this particular jet quickly became one of the hottest on the market after its 2012 introduction.

One reporter referred to the flight deck of the G650 as “the most exciting flight deck” he had ever seen. With full synthetic vision, heads-up display, and more, it is arguably the most advanced business aircraft on the planet. Gulfstream engineers even developed a unique flight control system that allows the aircraft to be piloted the same way — regardless of payload.

While the G650 is the preferred aircraft for jet owners around the world, it’s unusual to see many of them for sale.