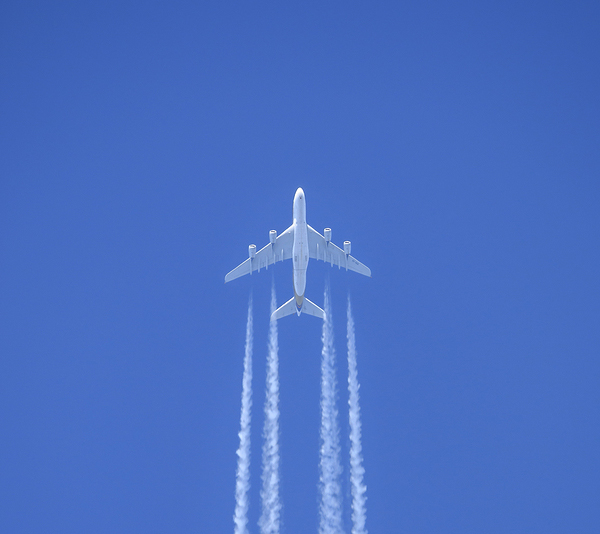 Both government spokespeople and international aviation business organizations have committed themselves to the search for cleaner, more sustainable jet fuel options. Because of concerns about the harmful effects of emissions, these aviation leaders are proactively taking steps to reduce the business jet industry’s carbon footprint and find alternative sources for jet fuel. But what strides are they making, and how soon could they affect you?

The first industry to reach an international agreement

The business aviation industry is the first in the world to develop internationally accepted carbon emission reduction standards. In November of 2009, the General Aviation Manufacturers Association (GAMA) and the International Business Aviation Council (IBAC) released a joint resolution, including three major goals:

In May of this year, industry leaders renewed their commitments to the project at a media luncheon held in conjunction with the European Business Aviation Convention and Exhibition (EBACE). At the luncheon, stakeholders publicly signed a Declaration of Commitment to developing and adopting Sustainable Alternative Jet Fuel (SAJF).

The Business Aviation Guide to the Use of SAJF

In addition to the Declaration, the coalition of aviation organizations released a new report: the Business Aviation Guide To the Use of Sustainable Alternative Fuel (SAJF). The purpose of the report is to educate those in the industry about the importance of SAJF as well as encouraging adoption of the already available alternative fuels. The guide emphasizes three aspects of SAJF for business jets: It is safe, approved, and already available for purchase. It also lists many alternative fuel benefits and encourages readers to support innovation.

Many different SAJF and other alternative energy sources for aircraft are in development. Some companies, such as Gulfstream, are regularly running their jets on 50/50 biofuel with great results. Unfortunately, due to lack of availability, these companies often have to truck the biofuel across the country, which clearly offsets the carbon emissions the fuel itself saves. These forerunners hope this will improve over time as demand increases.

In addition to SAJF interest from big names in business and private jets, NASA has conducted joint studies with the German Aerospace Center and the National Research Council of Canada, which have tentatively shown that biofuel reduces the formation of contrails. This is excellent news for the reduction of negative environmental impacts since contrails have shown a major link between aircraft and environmental damage.

Research continues on unleaded jet fuel under the Piston Aviation Fuels Initiative (PAFI). The FAA announced in June that the program was approximately halfway through the engine-testing portion of the program. Two different fuels, one from Shell and the other from Swift, won bids for testing under the initiative, although a completion date is unclear.

As an alternative to SAJF, some researchers are even looking forward to electric aircraft as the future, though this prospect seems more distant. In the meantime, others in the aviation industry are doing their share as solar panels at FBOs and other energy-saving technologies are becoming standard practice.

While the transition to alternative fuels is a slow one, the international business aviation industry is determined to be a forerunner in the pursuit of cleaner travel. Soon, every private and business aircraft owner might be able to offset carbon emissions with cleaner, greener fuel options.

Founded in 2006, it was only two and a half years ago that HondaJet gained type certification for its first aircraft. However, the relative newness of the company has not hindered sales. The HondaJet has earned rave reviews and had the most sales of any jet in its class in 2017. Following hard on the heels of its success, the company announced its sophomore project — an upgraded business jet called the HondaJet Elite — in Geneva just before the 2018 European Business Aviation Convention and Exhibition (EBACE) in May. It was here where attendees received the first look at the newly certified aircraft.

The new Elite achieves an extended range of 17% more than the original HondaJet model, which translates into a range of just over 1,430 nautical miles. This makes the aircraft capable of flying distances as great as those from Denver to New York City or Shanghai to Tokyo. Additionally, the press release touts a new “noise attenuating inlet structure” that lines the engines to cut down on high-frequency noise. The jet will also include some smaller luxuries, such as the industry’s first speaker-less in-cabin audio system, a galley with a coffeemaker, and a belted lavatory. The jet will be available in three different color schemes: Ice Blue, Ruby Red, and Monarch Orange.

The cabin and exterior are not the only parts of the HondaJet Elite to receive upgrades. Designers equipped the jet with the Garmin® G3000 avionics suite, which is highly automated for optimal safety. New features include automatic planning for performance, runway lengths, and gradients. The new interface also includes an angle of attack function to assist the pilot in maintaining stability. In fact, the whole Elite cockpit was designed to be comfortable, responsive, and intuitive.

As its name would suggest, the HondaJet Elite stands out among other similar business jets in many ways. The HondaJet Elite is the fastest and highest-flying jet in its class. It is also the quietest, emitting less noise pollution to protect the regions it flies over. Additionally, it boasts the highest fuel efficiency of all similar jets, making it more environmentally friendly and more economical to fly than its competitors. If previous HondaJet sales are any indication of the Elite’s success, the queue for orders is already growing.

While the HondaJet Elite is a smaller aircraft, this light jet is one of the smallest and most agile classes of private passenger aircraft. If you are in the market for a smaller luxurious aircraft, it could be hard to go wrong with this new arrival.

The European Business Aviation Convention and Exhibition is the premier European event for business aviation experts and fans. This year’s event, held May 24-26, 2016, in Geneva, was no exception. Presenters offered more than 450 exhibitions, representing over 40 countries, and attendees came from more than 100 countries around the world.

Features of this year’s event included a discussion panel on business aviation skills and careers with about 40 students and recent graduates from Hamburg University and the University of Applied Sciences, among others. Panelists from Europe and the U.S., including Christian Weiss of the Hay Group and Margriet Bredewold of Co-Guard gmbH, discussed diversity in the business aviation sector and answered students’ questions about green technology, aircraft management, and flying.

This year’s draw was the biggest airplane yet to be parked outside the Palexpo convention center — the BBJ 787-8, Boeing’s latest large-cabin aircraft. Highlights of the airplane include

The cabin is decorated in neutral earth tones and highlighted with metal accents and recessed lighting.

With the next big National Business Aviation Association event coming up in November, Gulfstream executives had big announcements to share: The first scheduled flight of the new G600 business jet will take place in the fourth quarter of 2016. The new schedule advances the first flight from the previously scheduled early 2017 and has members of the business aircraft jet industry all ears. The G600 is a shorter-range sister to the G500, which piled up 1,000 flight hours with test pilots reporting speeds up to Mach 0.995. The G600 is set for certification in 2018 with entry into service in 2019.

Check out the 2012 Boeing BBJ in our inventory.

Contact L & L International if you need assistance in purchasing or selling a private jet.
You can reach our sales specialists today at sales@L-Lint.com, or call us any time at +1 (305) 754-3313.