Brexit continues to cast uncertainty over business aviation in the U.K., European Union (EU), as well as the United States. Industry insiders in these and other areas who regularly conduct business flights into and out of the U.K. are looking toward an unsure future. As we reported shortly after the Brexit vote, U.K. voters’ decision to leave the EU left many in the industry wondering whether agreements put in place before the vote will remain, undergo modifications, or disappear completely in favor of new legislation. Today, two years later, the potential outcome is not much clearer and many still wonder how the breakup will affect international business aviation, of which the U.K. is a vital part. With the actual withdrawal set to take place in March 2019 with a subsequent 21-month transition period, all involved have a lot of work to do to lessen Brexit’s effects on business aviation.

As a member of the EU, the U.K. enjoyed less restrictive air travel between Europe, the United States, and several other countries due to legislation such as the European Common Aviation Area (ECAA) and open skies agreement. These agreements as well as other safety and legal-related EU membership aviation benefits may now be in jeopardy.

Because of this, former Federal Aviation Administration (FAA) administrator Michael P. Huerta warned the U.K. in December 2017 that the U.S. needs clarity about how the U.K. will handle these business aviation safety and legal issues after it leaves the EU. Without that clarity, costly disruptions to transatlantic trade could occur. Huerta added that, if that clarification did not come soon, the FAA would need to work on multiple potential post-Brexit scenarios, a much costlier strategy.

Currently, the U.K. is a member of the European Aviation Safety Agency (EASA), which coordinates rules and regulations governing air safety across Europe. If the U.K. chooses to continue following EASA regulations post-Brexit, the transition would be a simple, straightforward matter. If, on the other hand, the U.K. were to choose to develop its own regulations, the process could prove more difficult and time-consuming.

In other efforts to help avoid costly disruptions in business aviation, several organizations are pursuing initiatives to further collaboration between the U.S. and EU. FAA and EU officials signed an amendment to the Aviation Safety Agreement involving reciprocal acceptance of approvals pertaining to flight simulator training devices and pilot licensing. The agreement also promotes collaboration on air traffic safety oversight, which will reduce resource duplication and allow better resources allocation between the two entities.

In addition to these EU and U.S. accords, the European Business Aviation Association (EBAA) is pushing for U.K. and EU negotiators to preserve their aviation relationship to reduce potentially detrimental effects on business aviation. It has outlined six possible scenarios for the future.

The best-case scenario, according to the EBAA, is to maintain existing relationships to the extent possible. The best way for this to happen is for the U.K. to join the European Economic Area.

The expert jet brokers at L & L International are here to help you acquire the perfect jet. Need to sell your jet? We can assist with that, too. Contact the private aviation professionals online, by sales@L-Lint.com, or at +1 (305) 754-3313.
[/et_pb_text][/et_pb_column][et_pb_column type=”1_4″][et_pb_sidebar orientation=”right” area=”sidebar-1″ background_layout=”light” remove_border=”off” show_border=”on” /][/et_pb_column][/et_pb_row][/et_pb_section]

Business aviation in the United Kingdom is in a somewhat uncertain state as the U.K. continues preparing for its break from the European Union. Brexit will likely have a significant impact on regulations governing business aviation, and if government officials don’t address the aviation industry in their Brexit talks, the U.K. could suffer a hit to global imports and exports. According to an article in The Telegraph, the Independent Transport Commission issued a report that states, “In order to preserve the UK’s air connectivity, the UK will need to ensure that there is a timely renegotiation of a significant number of aviation treaties, including with third countries such as the US, as well as with the EU.” The United Kingdom’s large aviation manufacturing industry is another area of concern because it depends so heavily on a global supply chain that relies on aviation agreements.

Africa’s importance in the global business aviation sector was underscored by the African Business Aviation Association’s (AfBAA) acceptance into the International Business Aviation Council (IBAC), the business aviation industry’s global association. AfBAA CEO Rady Fahmy is excited about the prospect of working with fellow members on improving aviation standards in Africa and on a global scale. Along with that development, more good news was reported by Global Jet Capital (GJC) researchers as they expect the country’s private and business jet fleet to grow by 25% within the next eight years, according to an ÂIN Online article. One of the biggest challenges will be operators’ abilities to finance these aircrafts.

Business aviation is booming in the Middle East, especially in Saudi Arabia and the United Arab Emirates (UAE). Business aviation has long had a strong presence in the region, but it traditionally was driven by those in the oil and gas industry. These days, business aviation is making inroads in corporate sectors such as finance and health care. Ghada Fawzi, director of sales for Falcon Aviation, said there is high demand for midsize jets that can seat eight to 19 passengers. She said overall business jet sales are projected to increase 15% to 17% in 2018. This is likely due to the number of new jets available pushing prices down, but the variety of models to choose from is making this a very good time to purchase as lower prices are beginning to increase demand.

Things just got a little easier for private and business jet operators flying out of India. Those leaving the country previously required prior permission from the Directorate General of Civil Aviation (DGCA), but new relaxed regulations no longer require such clearance. Indian operators who are certified by the DGCA and approved for an international “area of operations” will be able to fly unscheduled international flights without prior permission for the length of their five-year certifications. This should help reduce flight delays, which is essential in today’s fast-paced business world.

Jet travel is becoming a necessity in the global marketplace, and governments are recognizing the necessity of facilitating international business aviation. As decision-makers in countries around the world recognize its importance to the global economy, business aviation is likely to continue overcoming such challenges and mature. 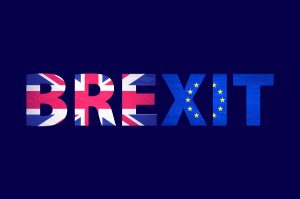 The U.K. vote to leave the European Union (EU) — the so-called Brexit — shocked the world and left many agency and industry leaders worldwide scrambling to figure out what the consequences of the decision would be. One factor particularly affected on a global scale is the aviation industry. Impending regulatory changes have many still wondering what to expect in the wake of Brexit.

As part of the EU, the U.K. benefited from a number of legislative moves designed to deregulate the aviation industry. According to an article in Pilot Career News, legislation like the European Common Aviation Area (ECAA) and the open skies agreement have resulted in opening the airways for less-restrictive travel between the U.K., Europe, and North America as well as additional countries including Iceland, Norway, and Albania. According to Nathaniel Lichfield and Partners, other aviation benefits the U.K. was receiving included

What does Brexit mean for U.K. aviation?

U.K. voters’ decision to leave the EU opened a chasm of uncertainty in the aviation industry, not just in the U.K. but in other countries as well. Article 50 of the Treaty of the European Union outlines a timeline for completion of the U.K. withdrawal from the EU — a maximum of two years. In that time, it will be necessary for members of the U.K. government to either negotiate remaining part of the ECAA and the European Single Market, which will also allow participation in the open skies agreement, or to negotiate new aviation regulations.

Both options have drawbacks. Remaining part of the ECAA will mean that the U.K. still has the benefits of existing EU aviation regulations — but no control or input into changes or updating those regulations. Negotiating new U.K. aviation regulations could result in higher airfare prices, reduced freedom of movement or access, or additional constraints in the industry.

It’s still not certain what the final toll of Brexit will be on the U.K. aviation industry. Only time will tell that story.

Contact L & L International if you need assistance in purchasing or selling a private jet.
You can reach our sales specialists today at sales@L-Lint.com, call us any time at +1 (305) 754-3313, or visit us online.
[/et_pb_text][/et_pb_column][et_pb_column type=”1_4″][et_pb_sidebar admin_label=”Sidebar” orientation=”right” area=”sidebar-1″ background_layout=”light” remove_border=”off”] [/et_pb_sidebar][/et_pb_column][/et_pb_row][/et_pb_section]