Designed and built in Soviet Ukraine in the 1980s, the Antonov AN-225 was the world’s largest aircraft for more than 30 years. It set records for the heaviest aircraft ever built and the largest wingspan of any aircraft in service. For aviation enthusiasts, it was part innovation, part icon, and part mythical beast. Now, the AN-225 is no more — a piece of aviation history destroyed by Russian invasion forces.

The destruction of the Antonov AN-225 was met with alarm and sadness in the aviation community, which had an enduring devotion to the world’s largest plane. The aircraft, a marvel of aviation engineering, also held a special place in the hearts of the Ukrainian people, serving as a symbol of its technological innovation and national pride.

A devastating loss for the aviation community

The Antonov AN-225 — also called “Mriya,” or “dream” in Ukrainian — was parked at the Hostomel airfield near Kyiv. Grounded on February 24 for maintenance, the plane was still in service when Russian forces captured the airfield and systematically destroyed several structures, including part of the hangar where the AN-225 awaited service. 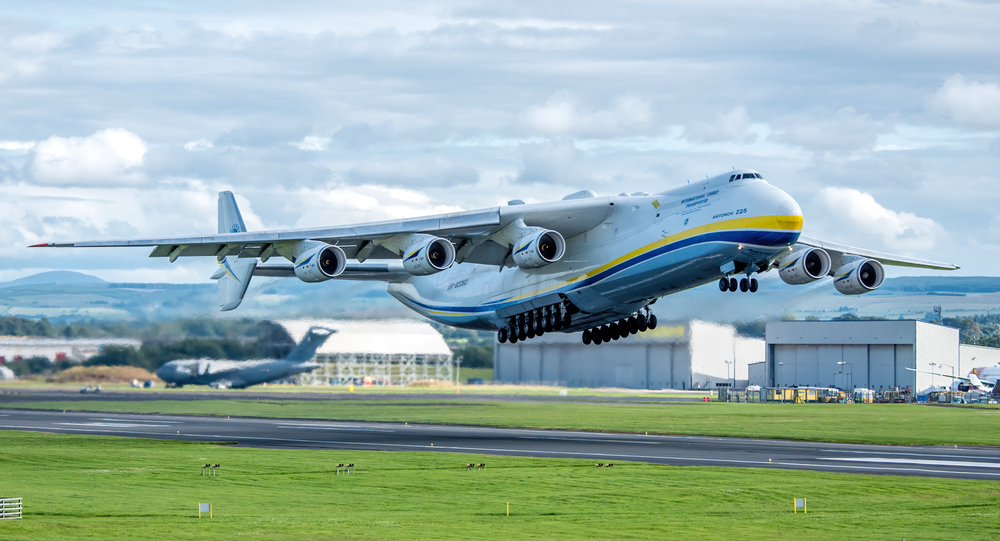 Why was the Mriya so beloved?

The AN-225 was originally built to transport massive Soviet space shuttles. It first took flight in 1988, but it spent several years in storage following the 1991 collapse of the Soviet Union before being recommissioned as a cargo plane.

Not only did it hold records in terms of wingspan and weight, but it could also carry the heaviest single-item payload — 418,830 pounds — and the heaviest total payload ever lifted — 559,580 pounds. Its massive size and fabled payload capacity drew large crowds wherever it traveled, especially when it appeared at air shows.

The AN-225 was in service for over 30 years, and it flew in airlift aid operations during crises around the world. Its incredible payload capacity made it essential for important humanitarian missions. It flew operations during the aftermath of the 2010 earthquake in Haiti and transported medical supplies to hard-hit regions during the COVID pandemic. 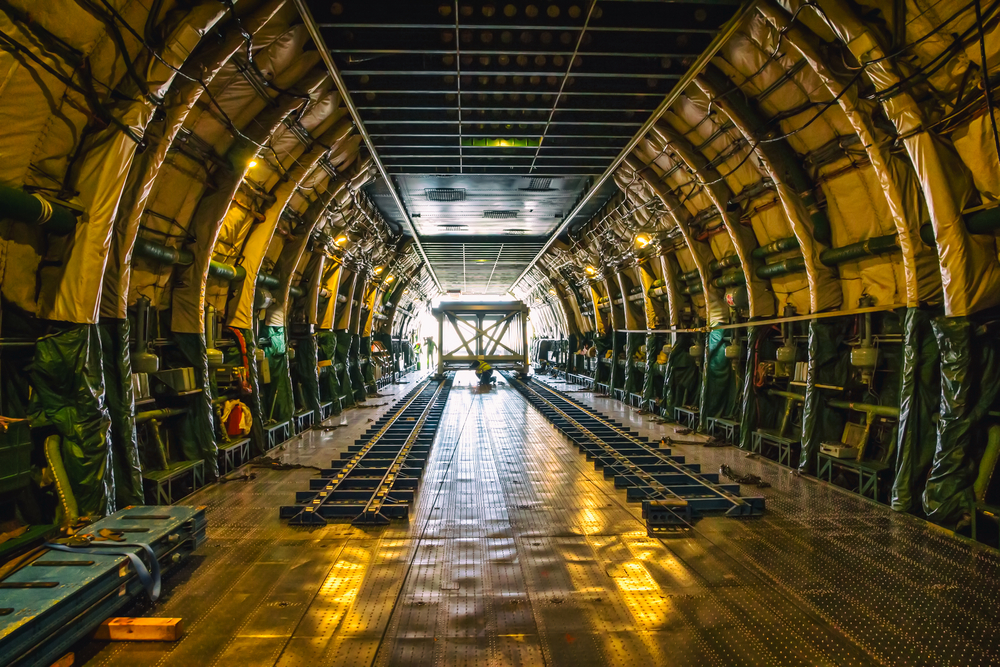 Saying goodbye to an iconic piece of aviation history

With the destruction of the AN-225, aviation has lost a monument to innovation. While the loss of this technological marvel hit aviation enthusiasts hard, it also struck an emotional chord with the Ukrainian people.

The Ukrainian government has stated its intention to rebuild the Mriya, reflecting its commitment to preserving a strong, free, and democratic Ukraine. The country’s state-run defense corporation, Ukroboronprom, estimates it could cost $3 billion and take five years to restore the AN-225 — and it has vowed the costs will be covered by the Russian government.

Athletes, technology innovators, CEOs, and celebrities all have places to be. Rather than flying commercial and having to worry about everything from adoring fans to flight delays, these moguls take to the skies in their own jets. But what models are they flying around in? Who’s stepping aboard a jet with extravagant customizations, versus flying a stock plane to and from their destinations? We’ve put together a list of some of the most famous names and their jets of choice!

Technology founders who fly in style

Back in 2002, the late Steve Jobs owned a Gulfstream V designed for 15 passengers. Although Jobs was a billionaire in his time, the former Apple CEO didn’t buy the private jet himself. Apple gifted it to him along with 10 million company shares in place of a salary increase. After Jobs passed away, product designer Jony Ive purchased the jet. Ive was the person who helped Jobs design the plane.

Richard Branson, founder of Virgin Group, owns a Dassault Falcon 50 EX. He prefers flying in this plane instead of his Falcon 900 EX because it’s more suitable for travelling to Necker Island, his Caribbean resort. However, sometimes he ditches his private jet for a commercial flight. Branson owns Virgin Atlantic and sometimes rides with the airline’s passengers.

A military fighter jet is among some of Larry Ellison’s more eccentric purchases. However, the U.S. government has forbidden Ellison from flying over the country in his beloved Soviet MiG-29. It’s classified as a firearm!

Bill Gates takes to the sky in a Bombardier BD-700 Global Express that seats up to 19 passengers. He reportedly uses it for business-related trips, and for good reason. When an important business venture is on the line, you must put your time and energy into sealing the deal — not booking commercial flights.

Oprah Winfrey vowed decades ago that she’d one day fly in her own private jet. This decision was spurred on by a rude encounter she had with someone at an airport who claimed to be a fan. That was back in the 90’s. Nowadays, she gets all her traveling done in her jet worth approximately $42 million dollars.

Many celebrities could easily charter a private jet; however, some choose the normalcy of a commercial flight. Priyanka Chopra regularly shares an airplane with the rest of us. Although she doesn’t fly coach, she still experiences the typical delays and annoying passengers associated with commercial flights. The Bollywood star once said she enjoys people watching, which you can’t get at a private terminal.

Michael Jordan’s private jet holds true to his brand. The jet was recently upgraded with a paint job designed to make it look like a flying sneaker. Such a modification makes sense — what else would you do with a billion-dollar net worth?

UFC star Conor McGregor also flies in style with his private jet. This large purchase came on the heels of a 100 million-dollar check from his fight with Floyd Mayweather. From business trips to vacations, McGregor’s private jet appears to be his plane of choice.

Celebrities and billionaires often splurge their net worth on a private jet, sometimes even collecting an entire fleet! 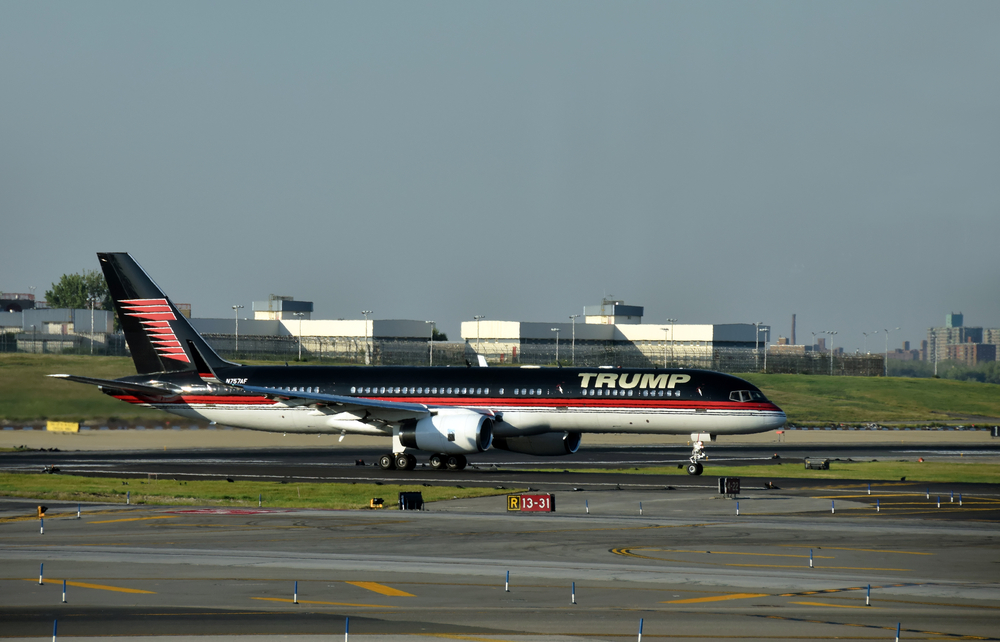