Climate change is the struggle of our time, and private aviation has emerged as an unlikely steward in the quest for sustainable flight. With a slew of early-stage initiatives already in progress, the industry is on a sharp trajectory to meet its aggressive environmental goals.

As an industry, private aviation’s major airframers, professional organizations, and other contributing players have collectively named 2050 as the year by which they’ll reach a goal of net-zero carbon emissions. To accomplish this, there are several high-profile projects, initiatives, and technologies currently in the works:

Private aviation’s goals are aggressive and aspirational — and they need to be. The climate crisis isn’t going away anytime soon — it’s growing worse with each passing year. As demand for its services grows, private aviation is stepping in as a steward for sustainability and looking to serve more travelers with less environmental impact. Zero emissions by 2050 — if industry leaders make good on their goals.

We’re entering a new age of aviation innovation, with several new technologies poised to reshape the industry as we know it. Startups are driving the disruption, but established commercial airlines are the great enablers of aviation’s future, and United Airlines is moving to secure its leadership.

In June, the company agreed on an advance order for supersonic jets from Boom Supersonic. Now, United has announced its intent to purchase 100 zero-emission electric jets from Heart Aerospace. With its interest in emerging technologies, United Airlines is positioning itself at the center of aviation advancement. 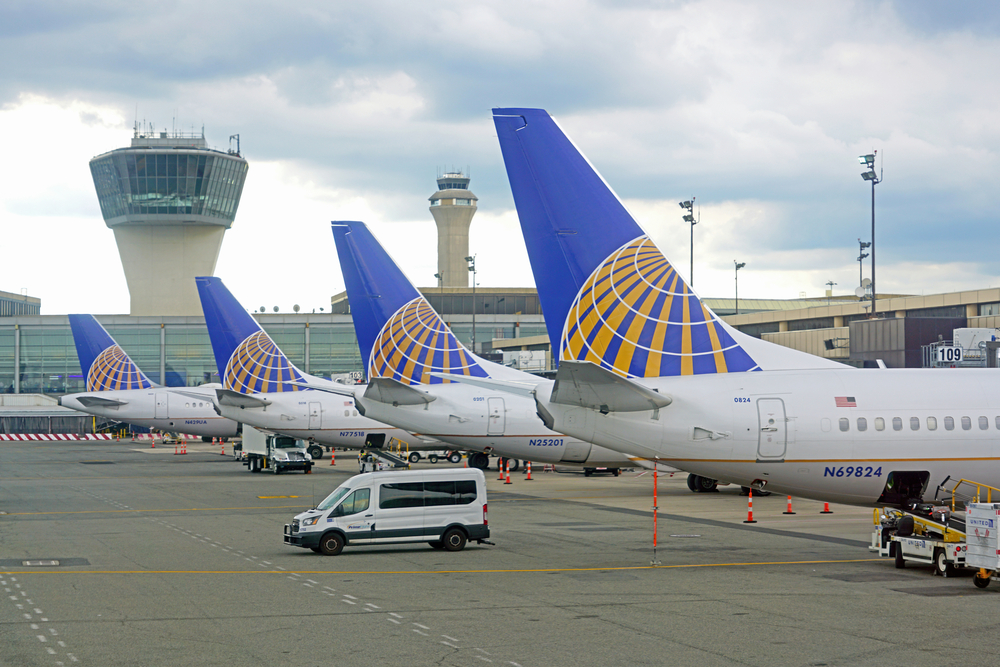 United Airlines is leading the charge for greener aviation with its order of 100 ES-19 electric planes from Swedish electric aircraft startup Heart Aerospace. Once the electric planes meet United’s safety, business, and operating requirements, they’ll sustainably transport up to 19 passengers on short-haul trips.

A 19-seat capacity may not sound like much, but Heart Aerospace’s planes are significantly larger than competing aircraft, and they can fly up to 250 miles on a single charge. The jets should be ready for market by 2026. It’s something United Airlines and green-conscious travelers are anxiously anticipating as a defining trend in the future of aviation.

The next in a series of strategic moves

This isn’t United Airlines’ only headline deal this year. In June, the company struck a deal with Boom Supersonic, ordering 15 Overture aircraft. These “boomless” supersonic craft will cover the distance between New York City and London in just 3.5 hours — or from San Francisco to Tokyo in 6 hours.

The planes will roll out in 2025 and take to the skies in 2026 alongside Heart Aerospace’s ES-19s. By all accounts, 2026 is shaping up to be the start of a paradigm shift in aviation, and United Airlines is leading the way.

Why an investment in electric jets?

The Heart Aerospace order is part of United’s plan to reduce greenhouse gas emissions by 100 percent by 2050. Heart Aerospace’s battery-powered aircraft is set to be a game-changer for the aviation industry as a whole — allowing regional commercial flights to operate with zero emissions. United intends to use these craft for short-haul regional flights, and larger-gauge aircraft will become viable as battery technology improves.

United Airlines’ investment in Overture jets also represents a shift toward sustainability. The Overture’s engines are expected to run on 100% sustainable aviation fuel (SAF). It’s a clear move forward in a mission of sustainability from one of the world’s largest carriers — and a major vote of confidence for electric and SAF technologies.

While there’s a long way to go before sustainable international travel becomes the norm, it’s clear that guilt-free flying in terms of environmental impact — at least domestically — is well within reach.

With greener technologies and rapid innovations, the private aviation sector is set to experience change alongside the commercial market. And advancements couldn’t come at a better time — an age when private aviation is more accessible and in-demand than ever.

The expert jet brokers at L & L International are here to help you acquire the perfect jet.  Need to sell your jet? We can assist with that too. Contact the private aviation professionals online, at sales@L-Lint.com, or at +1 (305) 754-3313.

Activism in the modern age is alive and well, and its targets are numerous. In most cases, it’s also heavily warranted, such as the rise in environmentalism we’ve seen in the past few years. But occasionally, zeal overtakes reason in the outcry and perfectly acceptable topics are swept into the uproar.

Amidst the environmental movement, private jets are now a noteworthy topic of conversation with many outspoken critics taking aim at private air travel. The anti-jet movement is on the rise. Unfortunately, it’s a little misguided.

Air travel has always existed on the periphery of environmental activism. It’s brought up occasionally, but for the most part tends to take a back seat to other inflammatory issues like plastic waste and industrial pollution. However, recent activist voices like Greta Thunberg, Lewis Hamilton, and Mexico’s President Andrés Manuel López Obrador have taken new aim at jets.

Hamilton and López Obrador both put their jets up for sale and commented on their dedication to environmentalism as the reason. Thunberg refuses to fly altogether, even going so far as to become a member of the growing We Stay On the Ground movement. These and many others have made no secret in their disdain for private air travel, citing it as a luxury — one causing unnecessary harm to the planet.

The chief problem with activist outcry about private jets is that it’s erroneous. Although it’s true that private air travel is a luxury, that luxury comes second to practicality.

Take, for example, Thunberg’s 15-day boat voyage from England to the United States — a product of her refusal to fly. A CEO in New York that needs to close a deal in London doesn’t have two weeks to waste on a transcontinental boat ride. An organ transplant headed from Dallas, Texas, to Salt Lake City, Utah, won’t survive a road trip. A presidential candidate can’t keep a ten-city, four-state schedule without a little help from the jet stream.

Despite the perception of luxury, private jets are more an asset than an extravagance. They conserve a different precious resource: Time.

It’s no secret that air travel is a major contributor to carbon emissions, which resonates as the chief argument of environmentalists. What’s ignored, however, are the innovations coming to light as a result of emissions cognizance. Private aviation is making great strides in fields like biodiesel engineering, leading to cleaner-burning fuels soon to span all transportation. It’s largely thanks to air travel that algal fuels are the subject of tremendous research, innovation, and engineering.

The oversimplification of private air travel’s impact on the environment, without regard for its practicality or potential, is imprudent. In truth, although emissions from air travel do harm the environment, there are many other more detrimental contributors to climate change and ecological disruption.

Make no mistake, carbon emissions are a universal evil for the planet. But up against factory farming, industrial production, and agricultural and forestry operations, air travel pales in comparison — private air travel even more so. The newfound outcry from activists has simply made private aviation the poster child for a much larger problem.

Over the past several decades, discussions about climate change and environmental protection have come to the forefront of public discussion. Everyone from the academic community to legislators at the highest levels of power are voicing concerns about climate change and its future effects. Today, leaders in the BizAv industry are working to create solutions that reduce the industry’s carbon footprint and promote sustainable industry growth.

Business aviation’s carbon footprint has been a conversation topic for decades, but concerted efforts to curb emissions have come about primarily over the past ten years. In 2009, the General Aviation Manufacturers Association, along with other industry leaders, committed to making improvements that would make carbon-neutral growth in the industry possible by 2020.

Several environmental concerns are associated with business aviation. Organizations and businesses in the industry are taking different approaches to solve problems and reduce aviation’s carbon footprint. No single solution will address all the efficiency issues plaguing the industry, but the collaborative efforts by leaders across business aviation will promote progress toward sustainability.

Because of the level of power that’s needed to sustain flight while carrying passengers over long distances, jets consume a significant amount of fossil fuel. Due to the energy needs of aircraft, solar and electric power aircraft aren’t yet a viable option and likely won’t be for decades.

As aircraft consume fuel in the air, they emit carbon dioxide, a greenhouse gas, into the atmosphere and contribute to climate change. To mitigate the emissions produced by jets, many researchers have begun investigating alternative fuel sources. Some researchers have also created synthetic jet fuels made from sustainable sources. Research into synthetic fuel options supports the entire aviation industry, and new solutions are continually being explored to reduce emissions from fuel burning.

While alternative fuel sources for aircraft are still decades away from widespread implementation, changes are already taking place in manufacturing. Manufacturers are finding innovative ways to create aircraft with lighter frames that use fuel much more efficiently.

In addition, focus has shifted to sustainable manufacturing practices and efficient manufacturing facilities. Many of the most prominent jet manufacturers have raised their standards and streamlined their processes to ensure efficiency.

Along with infrastructure and technological improvements within the BizAv industry, education for aircraft operators has also improved in recent years. Aircraft operators monitor fuel consumption and efficiency with regard to almost every aspect of the flight, including reducing unnecessary payload and planning flights according to efficient practices.

The business aviation industry has come a long way in the past ten years, but we still have a long way to go in the fight against climate change. There’s no telling where new technologies, methods, and practices will take us — but the industry is moving toward a more sustainable future.