In the modern age of very light jets, models like the Cirrus Vision SF50 and the Honda HA-420 HondaJet rule the skies. These planes boast speed, range, and efficiency that leave little to be desired. They represent the pinnacle in single- and dual-engine performance. Now, they face a competitor in the Celera 500L from Otto Aviation. This new prototype jet offers better range, efficiency, and emissions … all packaged in a rare pusher prop design. It’s an unlikely competitor, to say the least.

Even if you weren’t aware of the impressive technical specifications of Otto Aviation’s flagship, the prototype Celera 500L would turn heads on its own. In an industry dominated by jet engines and turboprops, the Celera stands out. The new plane effortlessly combines modern innovation with old-school know-how to create a futuristic jet rooted in the foundations of aviation.

If you’re not familiar with a pusher prop setup, the idea is relatively simple. Where a turboprop has a propeller at the front of the vessel, pusher props like the Celera put the propellor at the rear. The pusher prop design has been around for decades. In fact, the final propeller-driven aircraft tested by the Air Force was a pusher prop called the XB-42. Unfortunately for the XB-42, technological drawbacks of the time and the advent of the jet engine conspired to largely shutter the development of this intriguing aircraft.

Enter Otto Aviation, whose Celera looks like something a swashbuckling, heroic sky pirate might fly. The prototype for this pusher prop has completed 31 test flights, and the manufacturer is confident about the future.

In theory, the benefits of the pusher prop design come down to one major design choice: the placement of its propeller. In a traditional turboprop, the propeller at the front of the plane disrupts the air’s natural flow, causing the wings to lose crucial flight efficiency. By placing the propeller at the rear of the aircraft, the wings can slice through undisrupted air and make the most of their natural shape.

The Celera 500L takes things several steps further in terms of its physical design. Every precaution has been taken to reduce drag on the plane; the result is a bullet-shaped aircraft that soars through the skies with ease.

Compared to the competition, there is no competition. Otto Aviation’s prototype gets 18 miles to the gallon at a minimum. Comparably sized jet aircraft only get three miles to the gallon on a good day. Not only does that improve fuel efficiency, it dramatically increases the craft’s range. What’s more, the Celera 500L costs about $330 an hour to operate. Jet aircraft cost about $1800 an hour to maintain. It’s a major leap in efficiency across the board.

Private aircraft for the masses

The Celera 500L is a plane with a purpose. Otto Aviation maintains its commitment to bringing private travel to the masses. By the time the Celera 500L reaches the market (anticipated in 2025), Otto Aviation hopes to deliver a private jet experience at commercial aircraft prices. 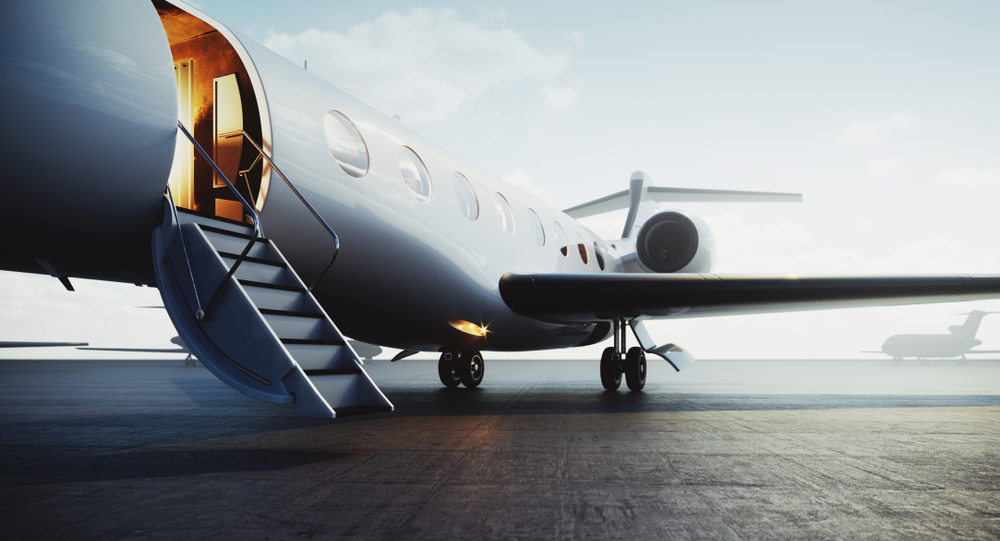 The world is on lockdown due to COVID-19 and the private aviation industry is just beginning to weather the hardship. For those thinking about becoming a private jet owner, now might seem like the time to take a defensive stance. But it’s actually quite the opposite. Now’s the time to think about buying and becoming a jet owner. It seems counterintuitive, but the prevailing factors governing the industry right now show strong signs of a buyer’s market.

Take a look at five of the best reasons to move on your purchase of a private jet right now, instead of waiting for the dust to settle on COVID-19:

With more and more reasons to buy a private jet compounding, the market is set for a flurry of buying and selling activity in mid-to-late 2020. Regardless of how the COVID-19 pandemic plays out or what economic stressors persist, now is a great time to jump in on a private jet. 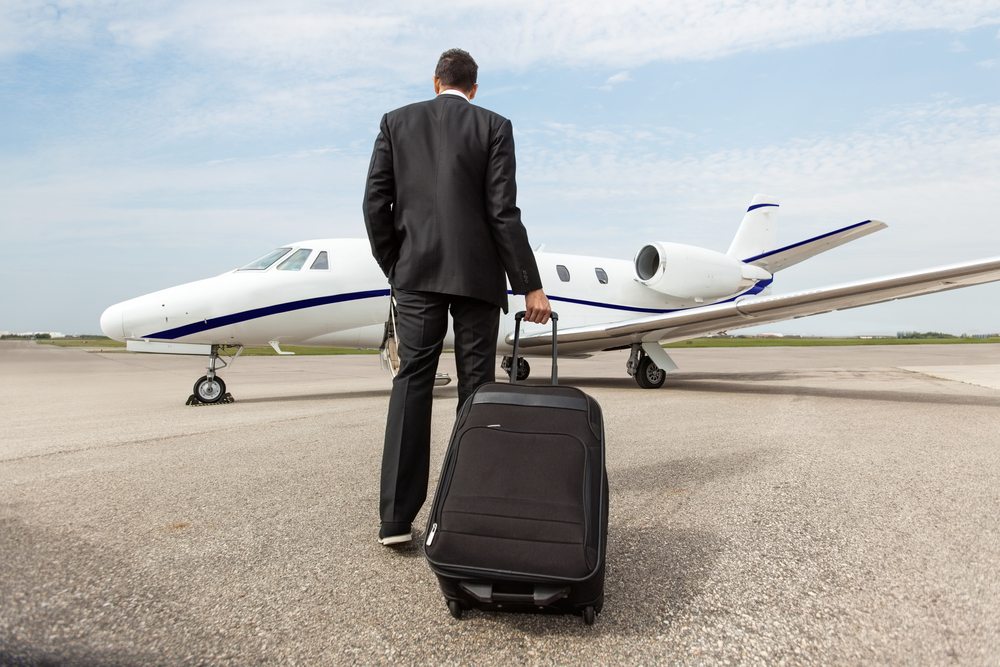 The media loves to make an example of corporate extravagance. Private air travel is seen as luxurious, extravagant, and unnecessary to those on the outside looking in. But is it really? Or is it possible that a corporate jet is a much better investment than just an exciting, unattainable mode of travel for the corporate elite?

CEOs are often justified in using private jets for travel. Often, these are busy professionals who are charged with running multi-billion-dollar companies with global brand presence that may require frequent travel within the U.S. or worldwide. A private jet isn’t an extravagance; it’s a resource.

It’s all about perspective

Warren Buffet, the chairman and CEO of Berkshire Hathaway, is widely regarded as the most frugal, deal-driven investor of all time. So, when he purchased a private jet in the 1990s, it seemed to go against his personal creed. He named the jet “The Indefensible.” Just a few short years later, however, he renamed it “The Indispensable.” Why? Because his perspective changed. The jet wasn’t a symbol of extravagance; it was a resource for effectively running his $537 billion company.

The benefits of private aviation

Warren Buffet isn’t the only CEO justified in using the company jet to conduct business. Walmart maintains the largest corporate fleet in the country. Apple, the first public company to reach a trillion-dollar valuation, has mandated CEO Tim Cook use the company jet for business and pleasure!

The focus on private jets has nothing to do with showmanship or an excess of cash. It has everything to do with efficiency, availability, and quickness. Here are just a few of the top reasons CEOs need (and deserve) access to private aviation:

These benefits are exemplified the more an executive travels. Whether it’s across the country or around the world, there’s immense value in wholly controlling the mode of travel.

Look beyond the image

It’s easy to fall for the caricature of a fat cat CEO, laughing all the way to the bank as they board a private jet and set course for a private island. But this is rarely the case. A business jet is as much a tool for business as it is a perk — often more so. CEOs aren’t sipping mai tais and eating grapes on a jet; they’re conducting meetings, catching up on emails, practicing their speeches, and focusing on high-level business. They deserve a little peace and quiet, from a flight that’s ready on-demand.

The expert jet brokers at L & L International are here to help you acquire the perfect jet. Need to sell your jet? We can assist with that, too. Contact the private aviation professionals online, at sales@L-Lint.com, call us anytime at +1 (305) 754-3313.

The date for Automatic Dependent Surveillance-Broadcast (ADS-B) compliance is now less than a year away. Unfortunately, less than half of the U.S. fleet is on track to be equipped when the deadline comes around. The Federal Aviation Administration (FAA) will ground aircraft until they meet compliance, which means 2019 is shaping up to be a huge logjam for private jet owners who are under the gun.

ADS-B stands for Automatic Dependent Surveillance Broadcast, a type of surveillance technology that utilizes satellite navigation to broadcast the position of an aircraft. This technology will improve air traffic management and replace radar positioning.

Since ADS-B utilizes satellite technology, radar isn’t necessary to keep the system working properly. The FAA has decided to mandate ADS-B equipment for the entire U.S. aircraft fleet. By January 1, 2020, all aircraft flying in controlled airspace must have ADS-B technology equipped, to promote consistency across the industry.

Despite the FAA’s best efforts to ensure compliance with its 2020 ADS-B equipment mandate, over half of the U.S. aircraft fleet is expected to miss the deadline. As of November, 2018, just 30% of the U.S. fleet was properly equipped for ADS-B.

ADS-B compliance is becoming an increasingly big issue in the private aviation industry, where a number of factors are preventing owners and operators from achieving compliance:

Acting as soon as possible to schedule an ADS-B inspection is the best thing you can do to keep your aircraft from falling into non-compliance. There are just 12 months left!

Still unsure of what ADS-B is all about? Here are a few of the most common questions aircraft owners have:

Still confused? Be sure to consult with your routine inspection provider about ADS-B stipulations or visit the FAA website for more information.